Anybody who owned a bike, or knew where to beg, buy or steal one, should have been out yesterday. Here in North Carolina, we don't get many sunny, 80-degree days in early March. Four of us, Byron, Dean, JoeRay and myself, took full advantage on John Morris' Yanceyville Ramble 200K permanent, which runs from his house just north of Durham to Hyco Lake and back. 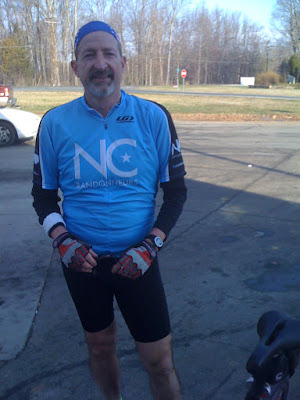 Why no John? He and buddy Jerry hopped in John's plane and flew to Florida for a 400K. Look for their ride report in the next few days.

Our foursome struck out at 7 a.m. Every low spot held a pool of cool air, but that would be cooked by 9 or so for a glorious day of riding.

Truth be told, we did not set any land speed records. In fact, we spent 3 hours off the bike. Mostly eating. Just 15 miles in, we made a biscuit stop. We also had burgers at a Hyco Lake grill. And we stopped in at Yoder's Store in Yanceyville for ice cream on the way home. 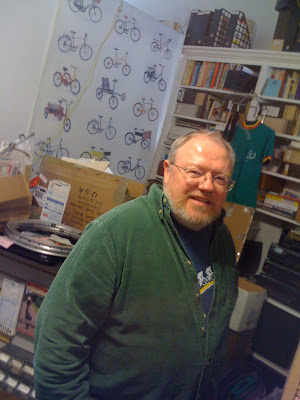 Gilbert snapped these shots of the crew in front of the courthouse. 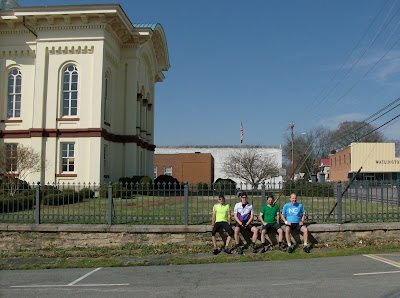 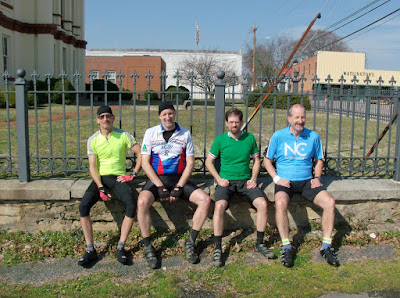 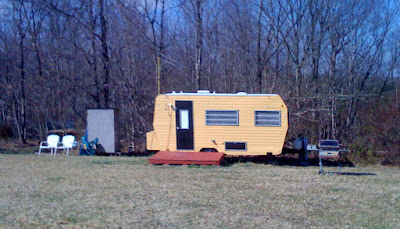 John's route has some rolling sections, including the challenging Gum Poole Road. I have dubbed the three hills on that road the Triplets of Belleville. They make your legs and lungs sing. The middle sister is the meanest. Here's her picture. 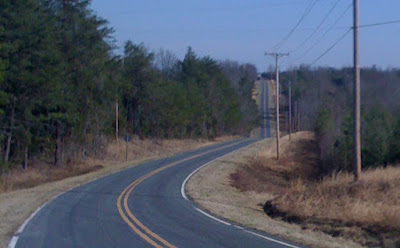 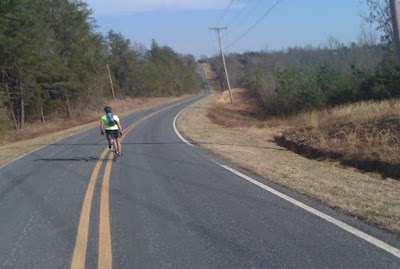 We rolled in at 6, another full day of fun on the bikes.
Posted by Mike Dayton at 9:42 AM

I did 18 yesterday and 18 today. My total for the last 16 days, 36 miles. I've had the flu. Nasty stuff. The warm weather sure does feel great. I wish that I could have joined you on that ride but I wouldn't have made it past the biscuit stop. It did sound like my type of ride--lots of eating and no racing.