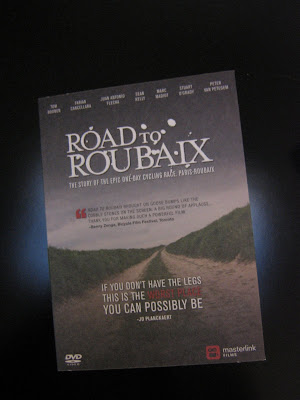 Europe's spring races, the Classics, have overcome world wars, indifference, and scandal. They are ridden by the "hard men" in winter's last gasps, over the toughest of terrain. Each Classic gives its riders just one shot at glory. Total concentration, and total commitment, are required. Miss a wheel or flat at the wrong time and not only is your race over, you may find yourself broken on the pavé or the hellingen.

We're just weeks away from the queen of the Classics, Paris-Roubaix. Many have been inspired to capture the "Hell of the North" on film, to explore what it is that makes this ride so special. One of the newest documentaries is "Road To Roubaix."

Making "Road To Roubaix" must have been like competing in the event itself. A massive effort, it was shot on a variety of formats as diverse as the bicycles the riders use. Pulling it all together to make such a powerful piece was David Deal and Dave Cooper of Masterlink Films, based nearby in beautiful Orange, Virginia. When ordering my copy, I included a quick note that my flèchemates and I controlled in Orange last year. To my surprise, one of the directors quickly replied with a gracious note of his own.

This Easter, in addition to watching the Hell of the North unfold on TV, I'll be enjoying this beautiful documentary, too. And who knows? How cool would it be to see it up on the bigscreen at the Rialto or the Carolina Theatre? Count me in!
Posted by bullcitybiker at 7:32 AM