When you've only got three established routes, it ain't hard to become the favorite. N.C. randonneurs nearly wore out the 208K Kerr Lake Loop in 2007. It was ridden at least once a month as a group ride, and several riders did it solo. The biggest ride took place in September when a dozen riders looped the loop. 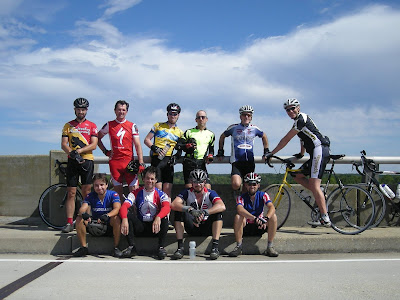 Here's a picture of 10 from that ride.

In October, nine riders completed the Loop under picture-perfect skies. 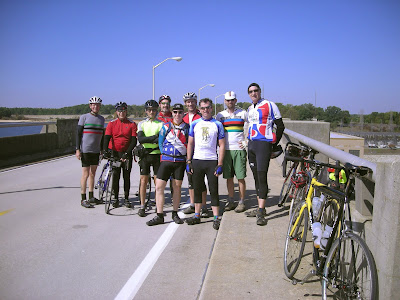 Here's a photo of that hardy group.
Posted by Mike Dayton at 5:46 PM